Backroad Mapboooks is pleased to announce the release of new mapping information for the BRMB and Backroad Navigator Apps. Containing numerous expansions and updates, Canada?s leading outdoor recreation apps are now even more robust and easy to use. From new roads and trails to an updated look and expanded coverage, there are some big changes from our previous versions ? no other app packs this much adventure, road or trail information. Here is a brief overview of all the improvements we have made: 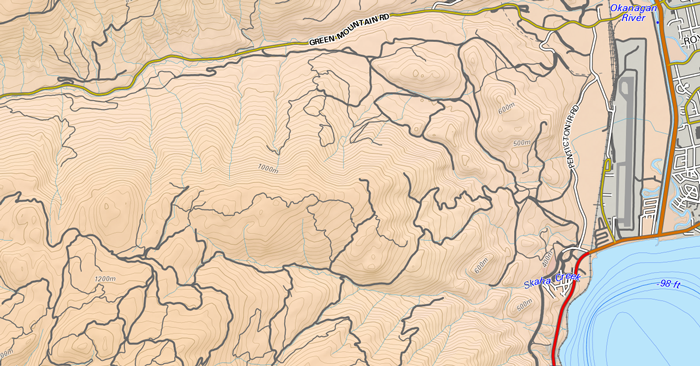 Nearly half of all these roads are drivable in most vehicles, giving you unprecedented access to the greatest adventure destinations across the country. Whether you are exploring the logging roads around BC?s Harrison Lake or taking a scenic drive along Ontario?s colonization roads, such as the Addington Road or the Opeongo Road, these apps will keep you on track.

1,000s of Kilometers of New Trails

Your brand new maps for the BRMB/Backroad Navigator App contain extensive trail updates for all types of trail users, including hikers, mountain bikers, cross-country skiers, snowshoers, horseback riders, snowmobilers, ATVers, canoers and kayakers. In total, we have added close to 60,000 km (37,000 mi) of new trails, bringing our Canada-wide coverage to over 323,000 km (200,000 mi). This includes over 3,000 km (1,860 mi) of new Trans-Canada Trail, which is constantly being expanded. 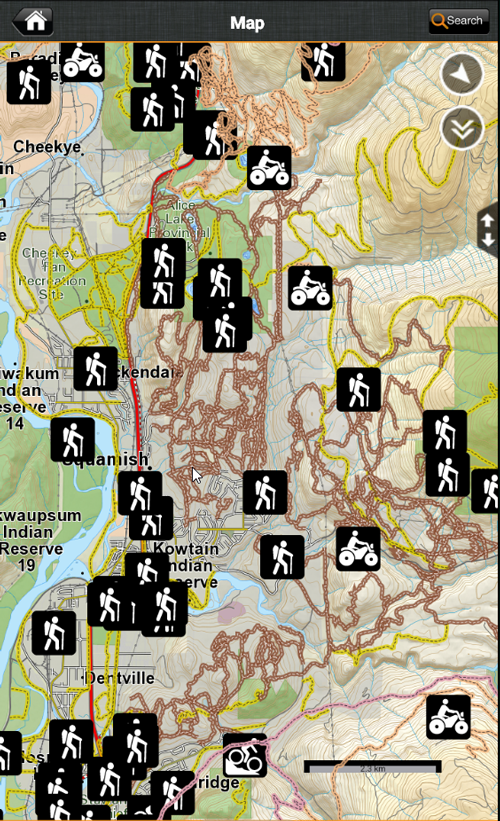 Additionally, we have updated our written trail descriptions to include more information on trail distances, difficulties, elevation gains, access and more. From the wilderness of New Brunswick?s Fundy Footpath to the urban getaway of Calgary?s Nose Hill Park, these are the go-to apps for trail exploring across Canada. 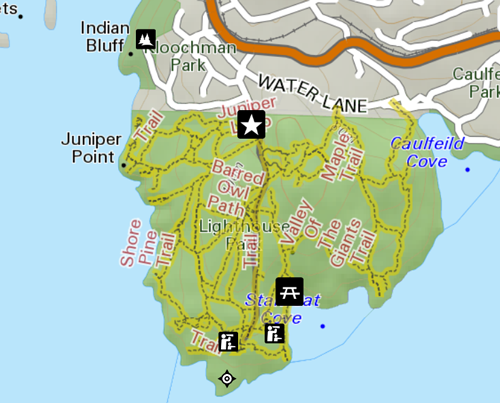 We have also added new industry features such as oil and gas plants and compressors along with their searchable survey grid locations for BC, Alberta and Saskatchewan. From magical viewpoints along Nova Scotia?s scenic oceanside highways to the quiet campgrounds of rural Manitoba and the hidden hot springs of BC?s interior, these apps show it all.

This latest maps for the BRMB and Backroad Navigator Apps feature enhanced hillshading for better topographic display, allowing you to see changes in elevation even easier than before. We have also improved our road labelling across all provinces, including the addition of dynamic label sizing for longer road names. Whether you are riding an ATV through Alberta?s Ghost Public Land Use Zone or taking a drive along Newfoundland?s scenic highways, these apps bring you the most detailed and easiest-to-read recreation maps available on the market. 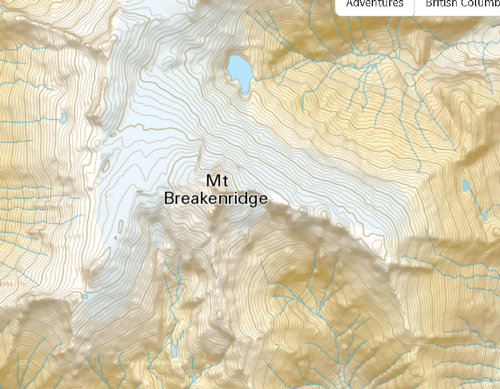 The brand new maps for the BRMB and Backroad Navigator Apps show you private leased land for British Columbia and Crown land for Alberta, Manitoba, Ontario, New Brunswick and Nova Scotia. This added feature is indispensable for hunters and anglers who have to keep a close eye on their boundaries. 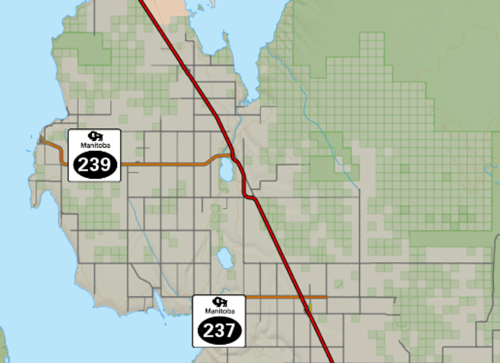 We have also enhanced our national, provincial and urban parks as well as added new conservation areas, nature reserves and wildlife areas, providing you with the most comprehensive area classification possible from coast to coast. Whether you are fishing for steelhead in BC?s Skeena River or hunting deer in the forests around Prince Albert, Saskatchewan, these apps will help you stay in your zone and follow the appropriate regulations.

The new maps on the BRMB/Backroad Navigator App now feature lake bathymetry (depth contours) for numerous fishing lakes across British Columbia, Alberta, Saskatchewan and Ontario. This easy-to-read lake data allows you to target the exact part of the lake that is appropriate for the season and conditions, since fish will be found at different depths throughout different times of the year. Whether you are fishing for walleye in Saskatchewan?s Amisk Lake or targeting muskellunge in Ontario?s Lake Nipissing, these apps will give you a serious advantage.

Your subscription to the BRMB or Backroad Navigator App also gives you access to our Web Map, which allows you to easily plan and review your adventures on the larger screen of your laptop or PC. This is where your trips, waypoints and photos sync to, creating a database of all your adventures and allowing you to edit tracks or share them with friends. The Web Map comes free of charge with your BRMB or Backroad Navigator subscription.

Note: Some app users who have an older version of Backroad Navigator may have to uninstall and reinstall their app to take advantage of all this new data.