Used by outdoor adventurers all over the world, Gaia GPS provides a higher level of zoom and faster map rendering than other apps and offers our Canada-wide Backroad Mapbook Base Map as part of its Premium Membership ($49.99 per year) for iOS/Apple and Android devices. This robust app offers many of the same features as our Backroad Navigator including trip tracking, geotagged photos, GIS capabilities, GPX and KML file importing and exporting and more. With easy-to-read topographic relief and shading, lake bathymetry, the most extensive and detailed road network in the country and more, Gaia GPS’ Backroad Mapbooks Base Map will keep you on track anywhere in Canada. The app now features several BRMB Trail overlays, including 115,000 km of Multi-Use Trails, over 111,000 km of ATV Trails and almost 145,000 km of snowmobile trails. Look for more BRMB Adventure Layers to be added in the near future.

Download the Maps and Receive a Discount via Gaiagps.com

To receive a discount on your premium membership, you will want to use the link below to purchase them through gaiagps.com (discount will not work for in-app purchases).

The Backroad Mapbooks map layer covers the entire country from coast to coast, including the northern territories. From the rugged shores of Newfoundland to the surf breaks of Vancouver Island and everywhere in between, you can depend on the most detailed and current topographic data possible. 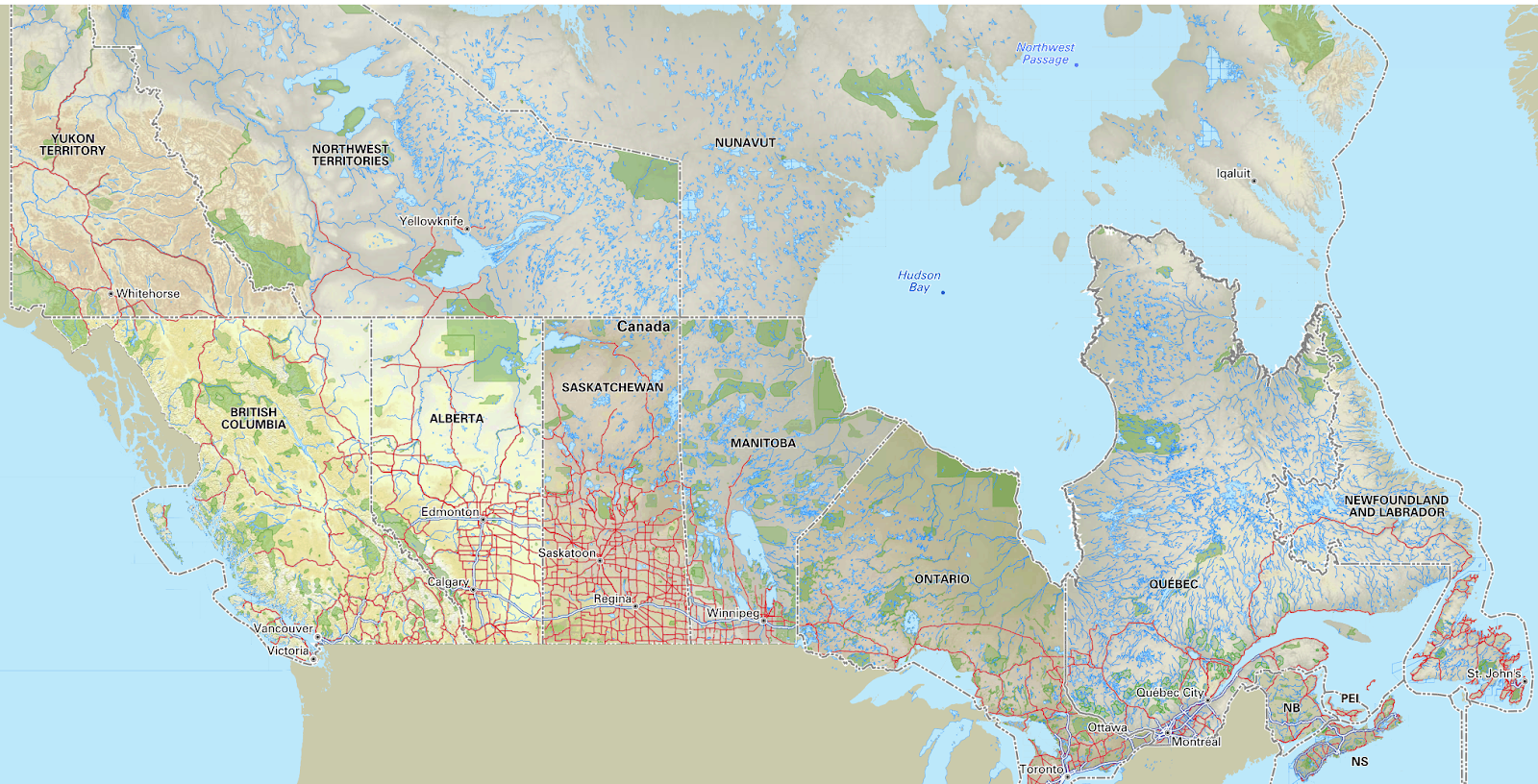 The Backroad Mapbooks map layer overlays our award-winning maps onto your Gaia GPS display, providing you with the topographic relief, contours and shading that help make our maps so popular. You will also see familiar map details like named mountain peaks, provincial and park boundaries, roadways and much more. 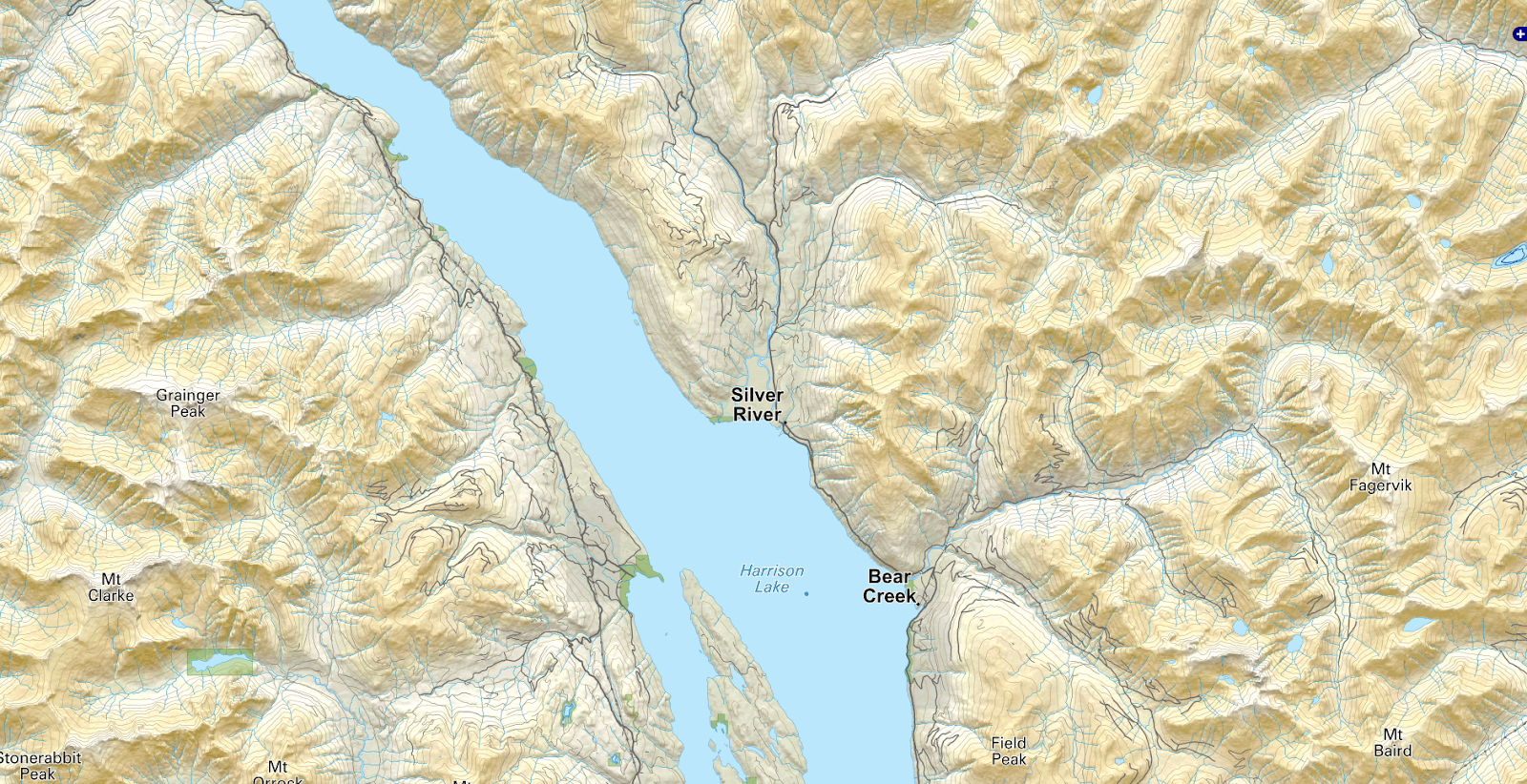 Industry-leading hillshading gives you the clearest and most accurate representation of Canada’s topography available on the market. 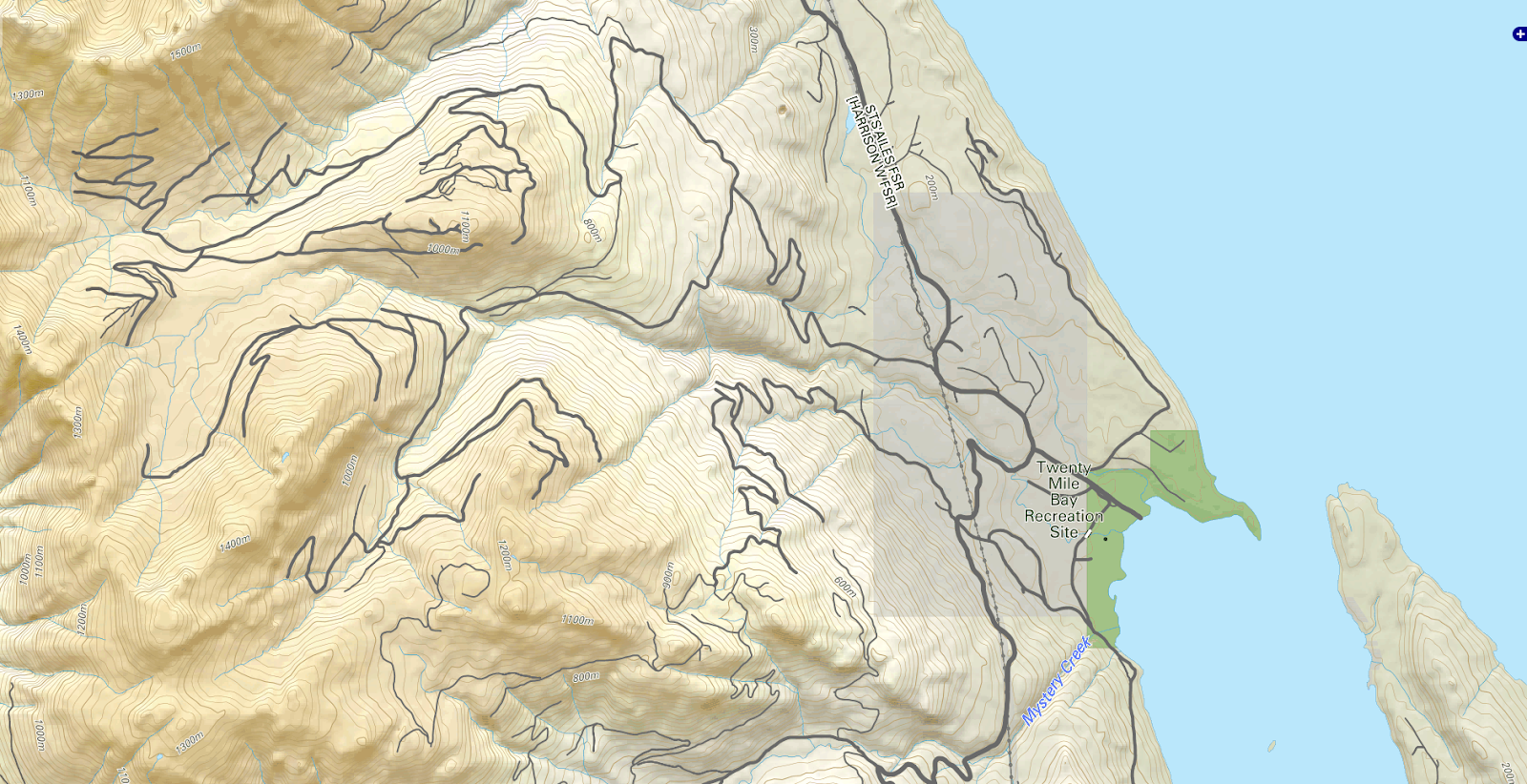 More Roads than any Other Map

Backroad Mapbooks’ maps provide you with an unprecedented level of road detail. In addition to highways, secondary highways and rural roads we show you thousands of logging and resource roads, recreation roads, unclassified roads and even deactivated roads. No other map source provides you with this level of road coverage. 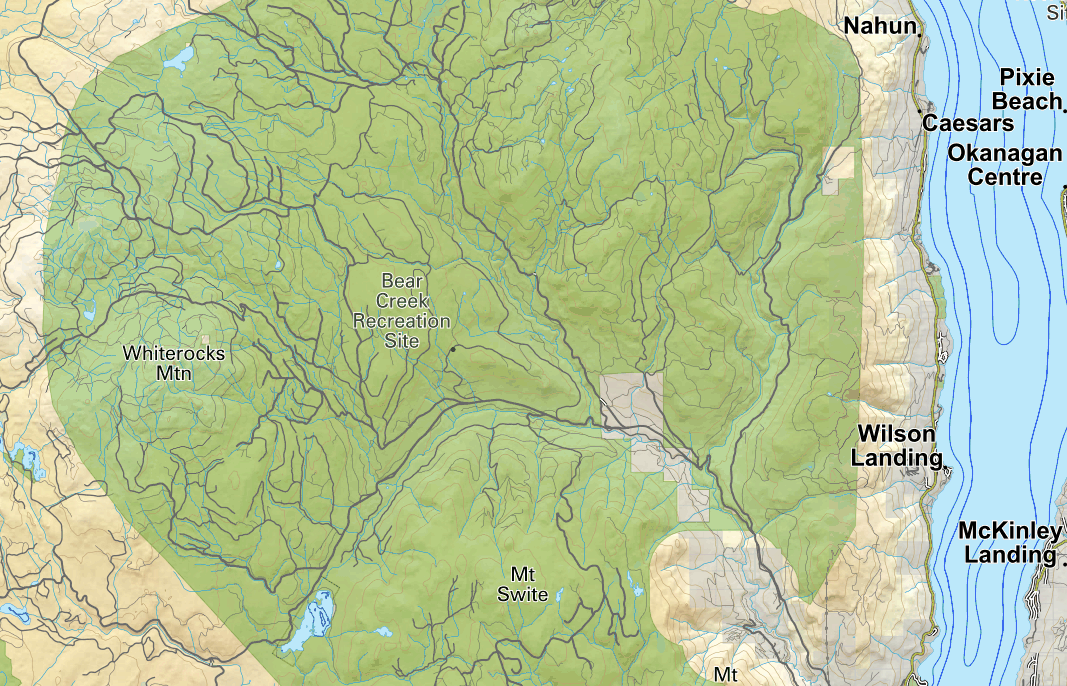 Unique to the Backroad Mapbooks base map is the addition of lake bathymetry (depth contours) for Ontario, Saskatchewan, Alberta, BC and Yukon. This added feature is especially useful for anglers, allowing you to target the deep pools or shallows as the fishing conditions require. 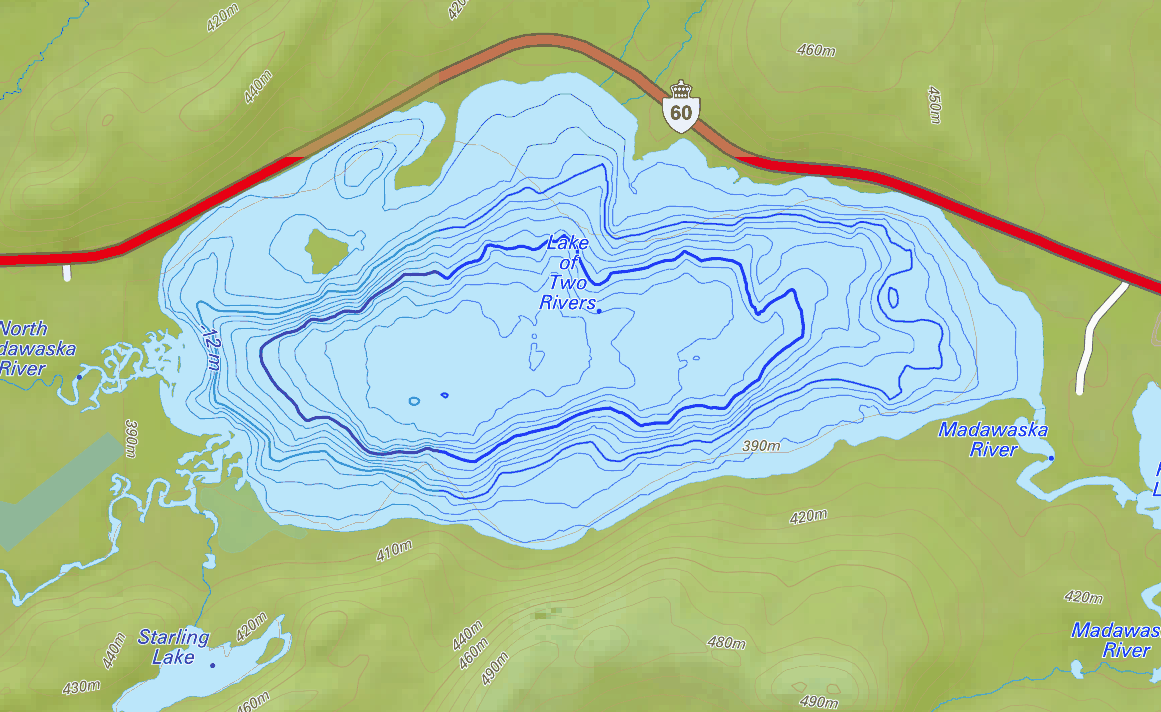 The BRMB Canada Trails overlay includes over 115,000 km of trail, including the country’s well-known behemoth, the nearly 19,000 km Trans-Canada Trail. All routes are colour-coded to indicate both their intended use and seasonal availability, making it easy to zero in on the destinations that are right for you.

More than just a set of digital maps, these dynamic mobile maps use your phone’s GPS locator to pinpoint your exact location. You can then track your movements and drop waypoints, then share this information with friends once you are in cell or data range. Gaia GPS turns your phone into a fully-functioning GPS device ideal for hiking, hunting, ATVing, mountain biking and more.

Along with the Backroad Mapbooks map layer, Gaia GPS gives you access to a wide variety of maps from around the world, including topographic maps, road maps, satellite maps and even historic and classic print maps. In Canada, this includes OpenCycleMap HD and the Official National Resources Canada topographic raster maps.

An overlay containing 69,000 miles of trails across Canada for ATVs, OHVs (Off-Highway Vehicles), motorcycles and four-wheel-drive vehicles. Trails are colour coded to distinguish from Multi-Use and Snowmobile trails, and trail transparency can be adjusted according to the user’s preference.

An overlay containing 90,000 miles of snowmobile trails across Canada, from BC to Newfoundland. Trails are colour coded to distinguish from Multi-Use and ATV trails, and trail transparency can be adjusted according to the user’s preference. 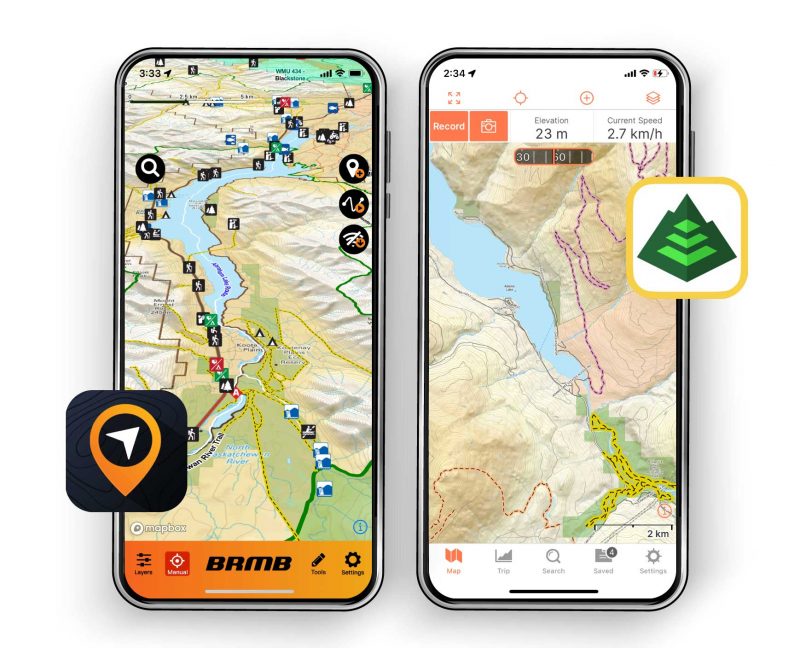 With the new BRMB Maps App and the Backroad Mapbooks layers available for Gaia GPS, there are endless adventure opportunities right at your fingertips, but which tool is best for you and your adventure of choice? > Read the blog 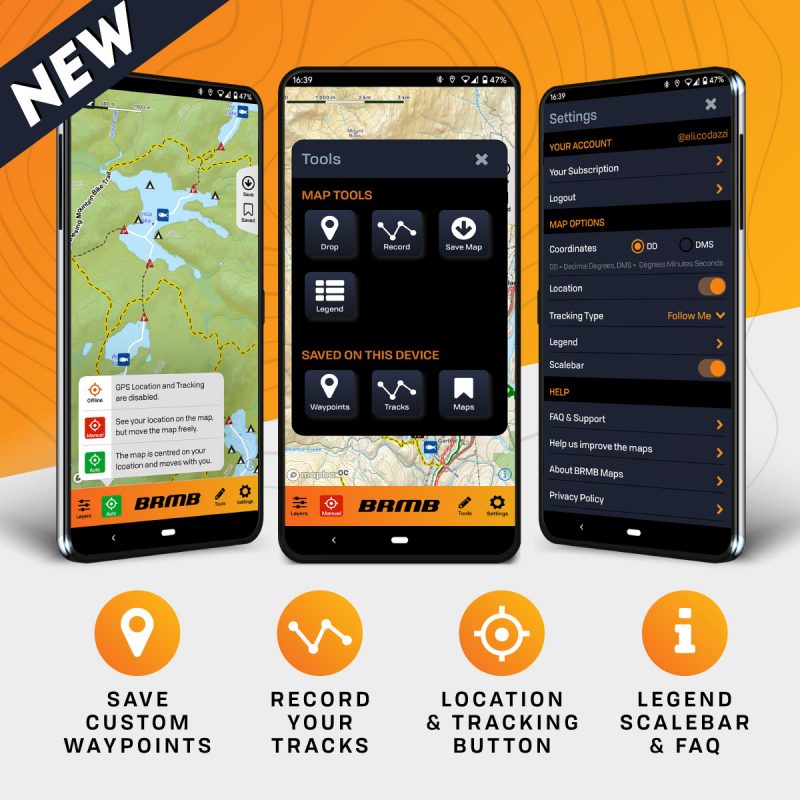