Every New Year’s Day, thousands of Canadians all across the country gather for an unusual tradition – the Polar Bear Dip. Braving sub-zero temperatures and New Year’s Eve hangovers, participants shake the dust off their swimsuits and get ready to take a dunk in their local swimming hole. It might seem crazy to go swimming in January, but the Polar Bear Dip has been attracting brave (or batty) Canadians for almost 100 years, since the first one was held in Vancouver’s English Bay in 1920. Now, events are held all across the country, from Alberta to Ontario to Nova Scotia.

More than just a test of endurance, the Polar Bear Dip is a social event where family, friends and strangers get together to celebrate a fresh start to the new year. Most Polar Bear Dips are also charitable fundraisers, raising hundreds of thousands of dollars for a variety of worthy causes. For many, the Polar Bear Dip becomes an annual tradition, as synonymous with the New Year as champagne and fireworks.

If you have never attended a Polar Bear Swim, there is no better time than the present! Polar Bear Dips are becoming more and more popular and, chances are, there’s one near you. Here is a list of where to find some of Canada’s most popular Polar Bear Dips: 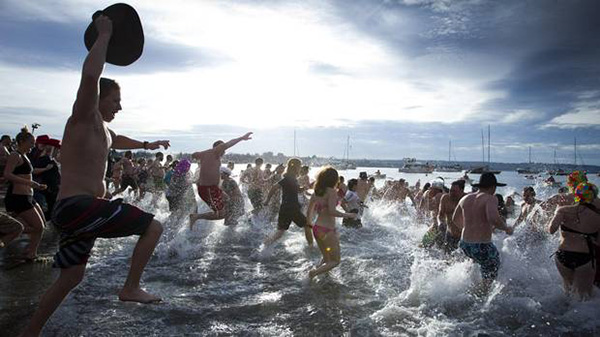 This is the oldest Polar Bear Dip in Canada and one of the oldest in the world, dating all the way back to 1920. The swim has grown from around 10 swimmers to 10,000 and even includes a 100 yard swimming race. Even if you do not want to dip in the water, many people come just to watch the fun! This swim also doubles as a benefit for the Greater Vancouver Food Bank. 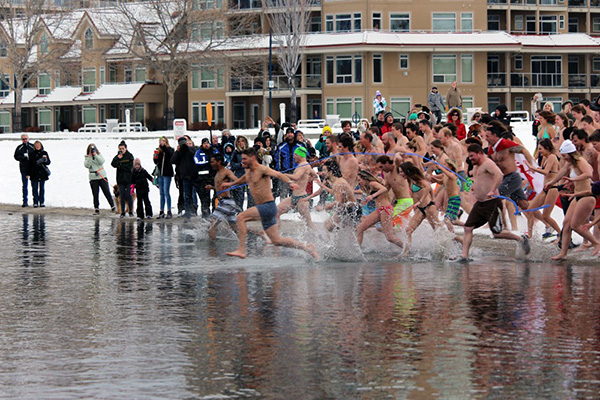 Featuring cultural performances, live bands and more, this is the Okanagan’s biggest Polar Bear Dip. The event raises money for CRIS Adaptive Adventures, an organization that helps people with physical and mental disabilities explore the outdoors. 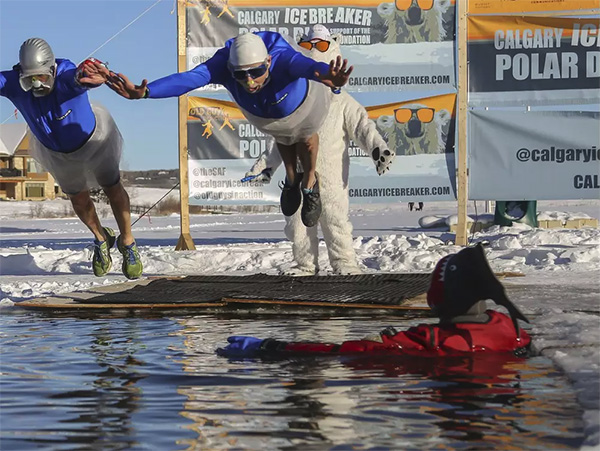 Known as the Calgary Ice Breaker, this event literally takes place in a hole in the ice, carved out by chainsaw-wielding volunteers. Many participants choose to dress up in creative costumes before jumping in. This event raises money for the SA Foundation, an organization dedicated to fighting human trafficking. 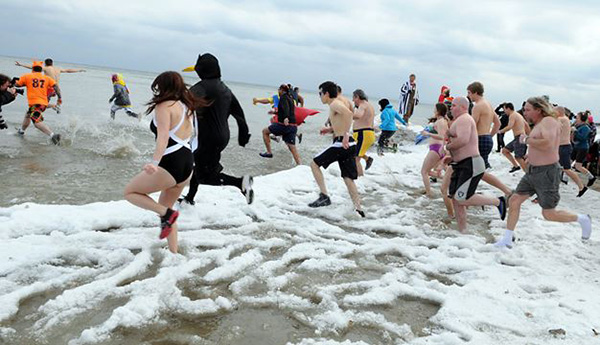 This is one of the longest-running Polar Bear Dips in Canada, having been established in 1985. The Courage Polar Bear Dip features hundreds of dippers, thousands of spectators, live music and a festival atmosphere, and raises money for World Vision to help people around the world access clean drinking water. 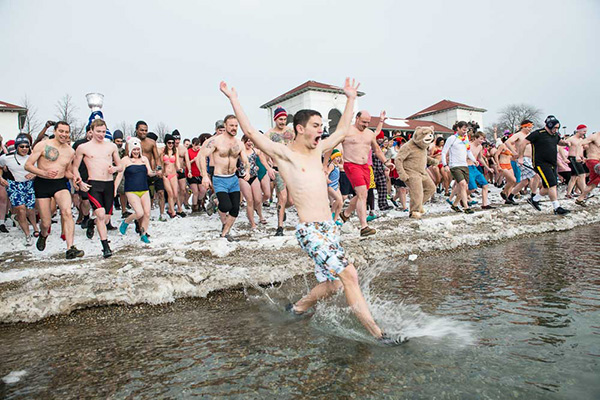 Last year, over 400 people participated in Toronto’s Polar Bear Dip, braving the frigid temperatures at Sunnyside Park. This Dip raises money for Boost Child & Youth Advocacy Centre, an organization that is committed to eliminating abuse and violence in the lives of children, youth, and their families. 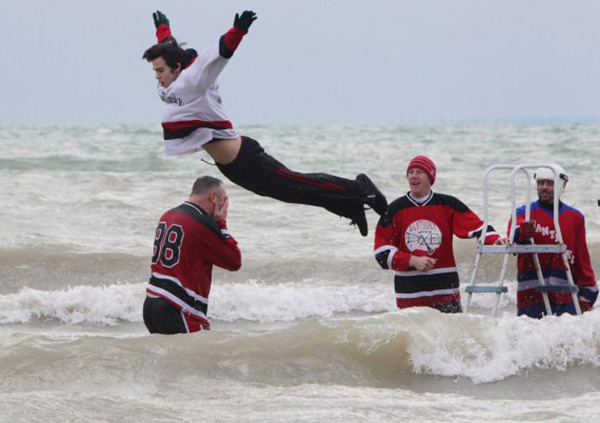 Active since 1994, this Polar Bear Dip has been steadily growing in popularity and now attracts hundreds of participants each year, ranging from children to octogenarians. Money is raised for Feed Nova Scotia as well as other local charities. 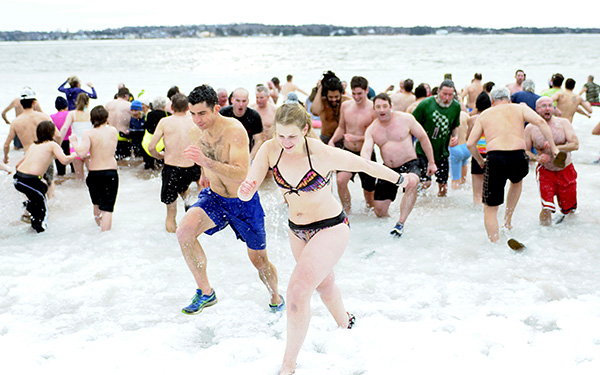 For one of the Maritimes’ most popular Polar Bear Dips, check out the small town of Steady Brook, where Dippers plunge into the frigid Humber River to raise money for the local food bank.

If you do not have a Polar Bear Swim happening near you, why not get together with a group of your bravest friends and start your very own annual New Year’s Day tradition? With the help of our Backroad Mapbooks and Backroad GPS Maps, you will have no trouble making your way to the nearest swimming hole. From all of us here at Backroad Mapbooks, happy new year! May your 2019 be full of excitement and adventure!