All across Canada, winter is in full swing, and if you have not already waxed up your cross-country skis, now is the time! From coast to coast, there are a ton of trails to explore, and we have put together a list of some of the most popular Nordic skiing areas to get you inspired to hit the trails!

With an average annual snowfall of over 1,000 cm (30 ft) and over 130 km (80 mi) of trails that explore 7,000 hectares (17,300 ac) of stunning Coast Mountain terrain, it is no wonder that this is one of the most popular cross-country skiing destinations in the country.

While Silverstar is known for some of the best downhill riding in the Okanagan, it also boasts over 55 km (35 mi) of cross country ski trails overlooking the awesome Monashee Mountains, ranging in difficulty from beginner to World Cup. As an added bonus, these trails connect with the 50 km (31 mi) of equally impressive trails at the Sovereign Lake Nordic Centre. 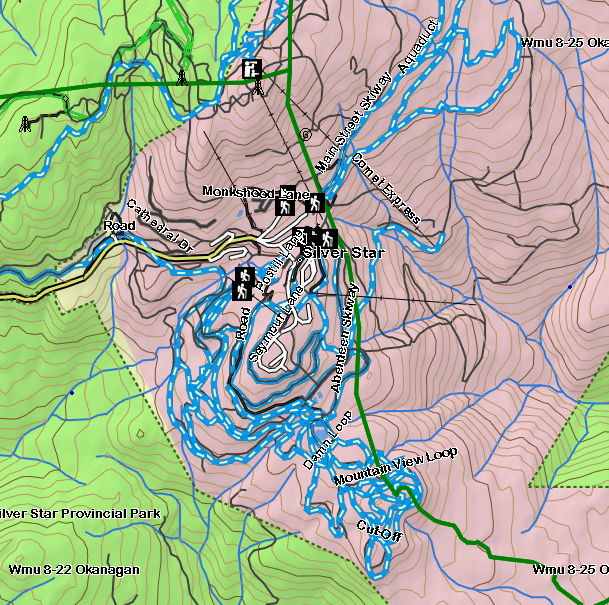 Perfect for beginner or casual cross-country skiers who would like to take in some of the Alberta Rockies’ world-famous scenery, the Kananaskis Lakes area of Peter Lougheed Provincial Park offers over 75 km (46 mi) of groomed trails with few difficult sections. 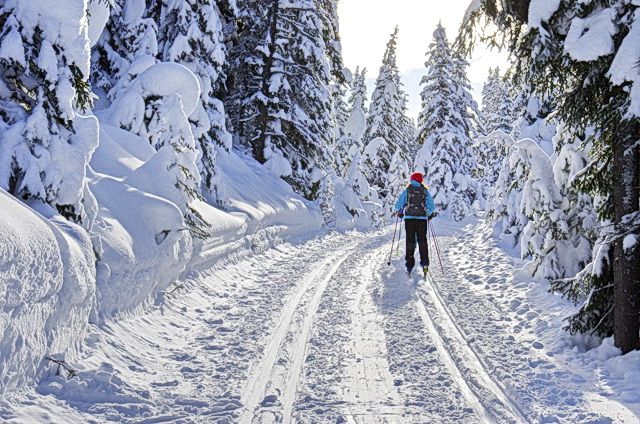 Originally developed for the 1988 Winter Olympics, this is a great area to challenge yourself with over 60 km (37 mi) of trails that are mostly geared toward intermediate and advanced skiers. The Centre is conveniently located within a few minutes’ drive from downtown Canmore. 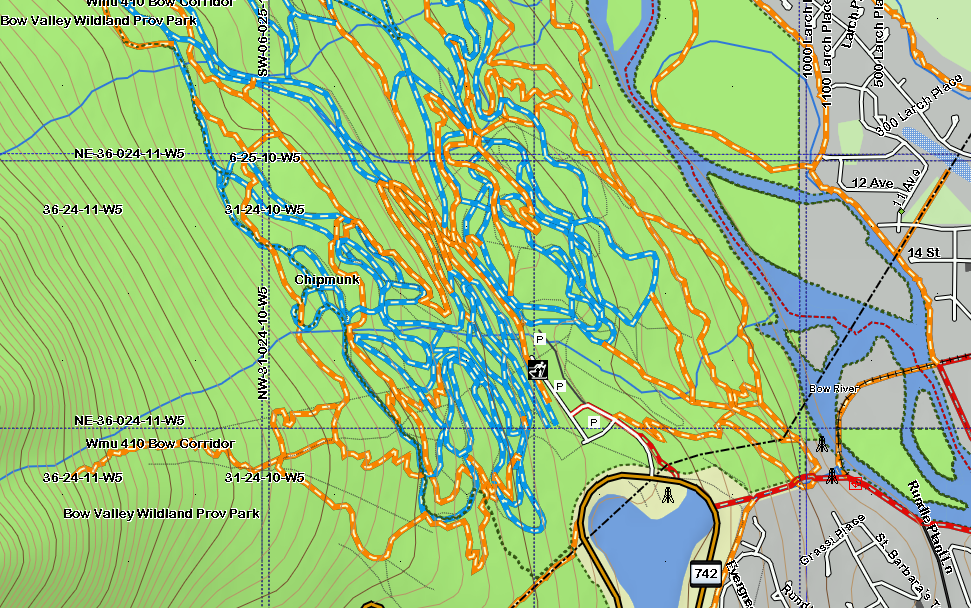 This remote and beautiful park offers approximately 150 km (93 mi) of trails, with many geared toward beginner cross-country skiers. Additionally, there are six warming huts found along the extensive system for the convenience of trail users.

Nestled in the gorgeous Nesbit Provincial Forest are 55 km (34 mi) of trails groomed for classic cross-country skiing. A highlight of these trails is definitely the scenery, with rolling forested terrain interspersed with open ridges and bluffs. 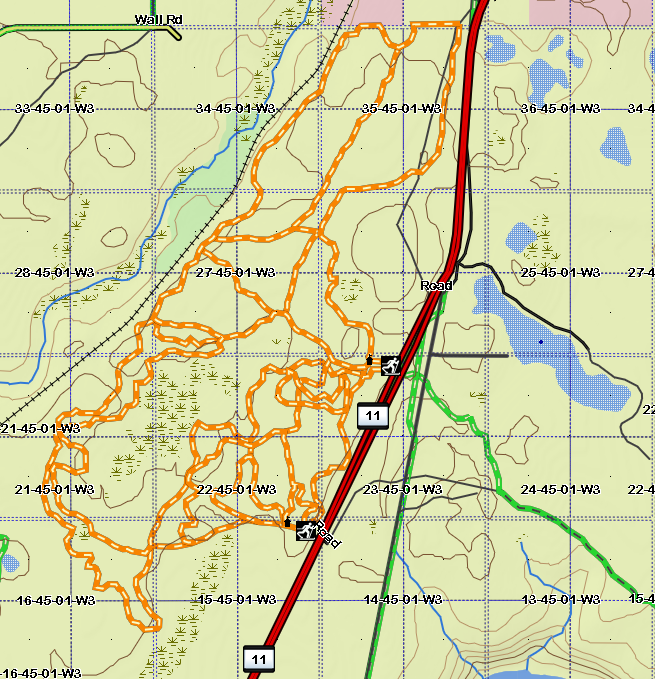 Over 70 km (43 mi) of groomed trails run through this breathtaking 270,000 hectare (670,000 ac) park in eastern Manitoba. Keep your eyes out for signs of deer, rabbit, grouse and other critters who inhabit this wilderness area. 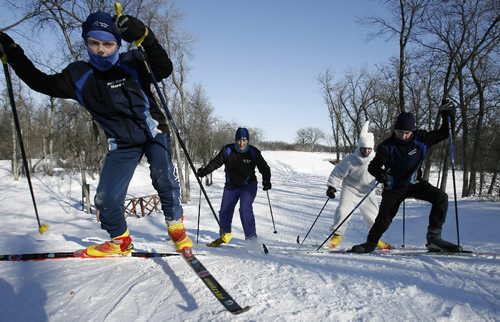 Algonquin Park is one of Canada’s top outdoor destinations, and there is no better way to experience its beautiful scenery in winter than via the 110 km (68 mi) cross-country trail network that stretches throughout the park. 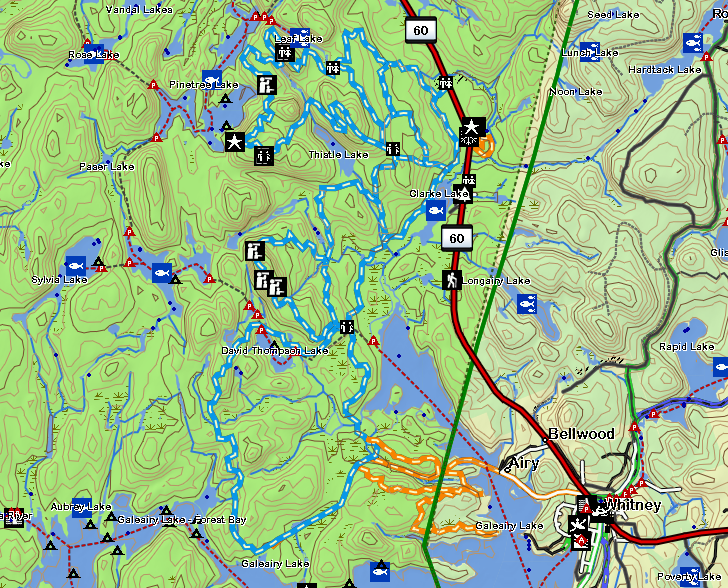 Known for the excellent lake-effect snow conditions, and a mix of groomed and backcountry trails that criss-cross over 3,200 hectares (8,000 ac) of wilderness, this area is as well known for its excellent skiing terrain as it is for its abundant wildlife, which includes moose, otters, pileated woodpeckers and bald eagles. 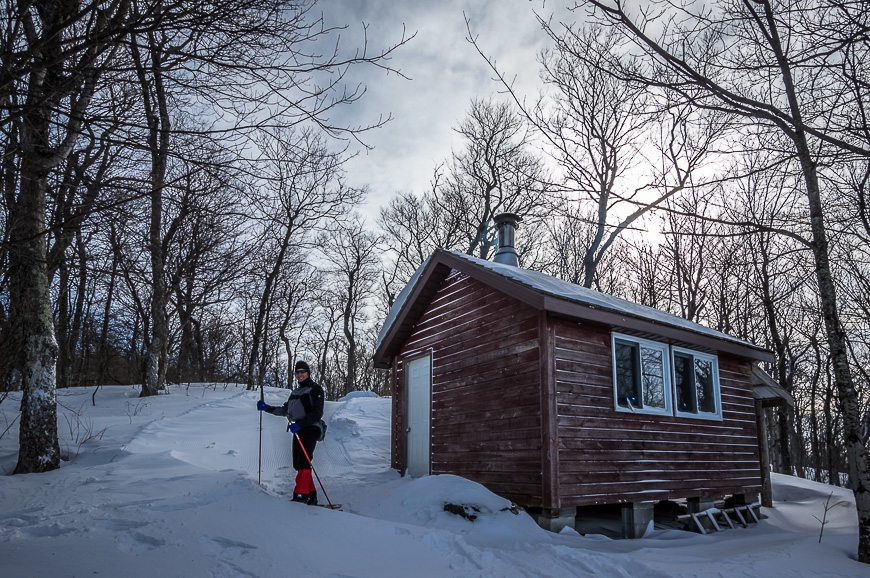 Like the rest of Canada’s National Parks, Fundy is world-renowned for its breathtaking scenery and becomes even more stunning in the wintertime. 40 km (25 mi) of cross-country ski trails explore this Acadian highland landscape, ranging in difficulty from beginner to expert.

15 km (9 mi) of trails are groomed for classic and skate skiing in this beautiful New Brunswick park, with eight heated shelters located along the trail system for the convenience of cross-country skiers. 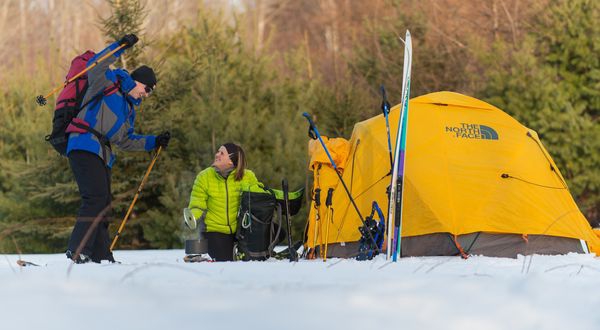 Blow Me Down Ski Club

Conveniently located just outside of Corner Brook, this is Newfoundland’s largest ski club and features over 40 km (25 mi) of groomed trails, including 6.5 km (4 mi) of trails that are lit for night skiing. 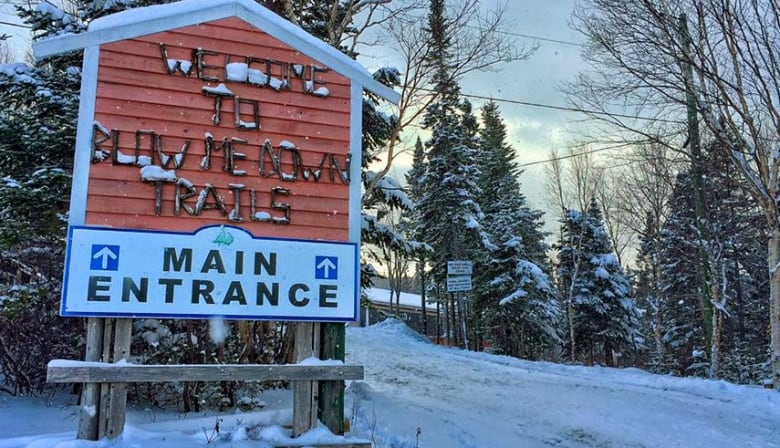 Photo via Blow Me Down Ski Club 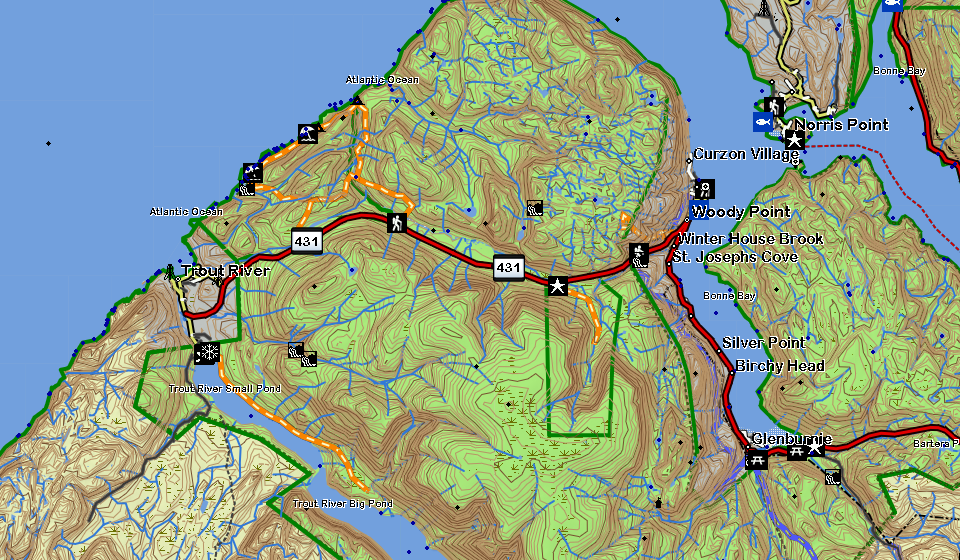 A multitude of multi-use trails and urban parks turn into prime cross-country skiing terrain once the snow falls in Halifax. Some of the more popular places to ski include the Musquodoboit Trailway, Halifax Urban Greenway, Cole Harbour Heritage Park and Point Pleasant Park. 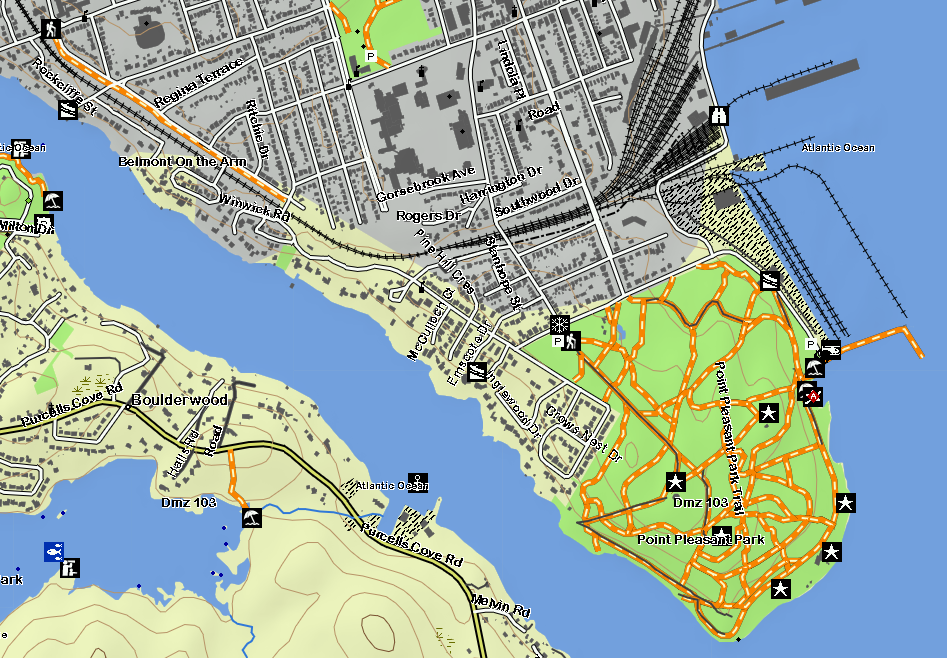 This is Nova Scotia’s most popular downhill skiing and snowboarding destination, but it also offers a Nordic park that includes 5 km (3 mi) of trails that roll through a mixed karst landscape as well as the province’s only biathlon range. 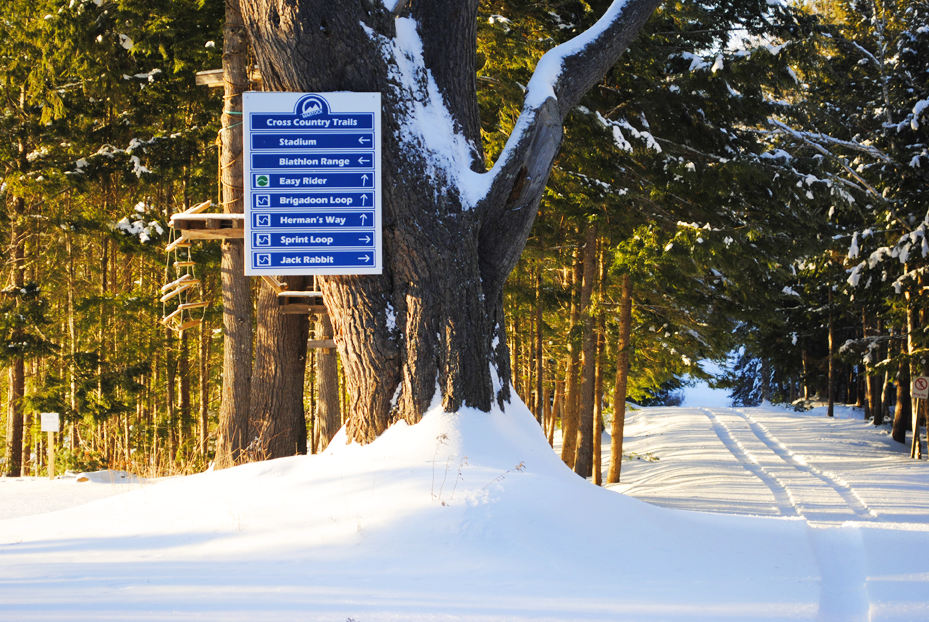 Featuring 24.5 km (15 mi) of groomed recreational trails, 7.5 km (4.5 mi) of competitive and biathlon trails, a ski lodge, rental shop, and more, this is the place to go for cross-country skiing on Prince Edward Island. 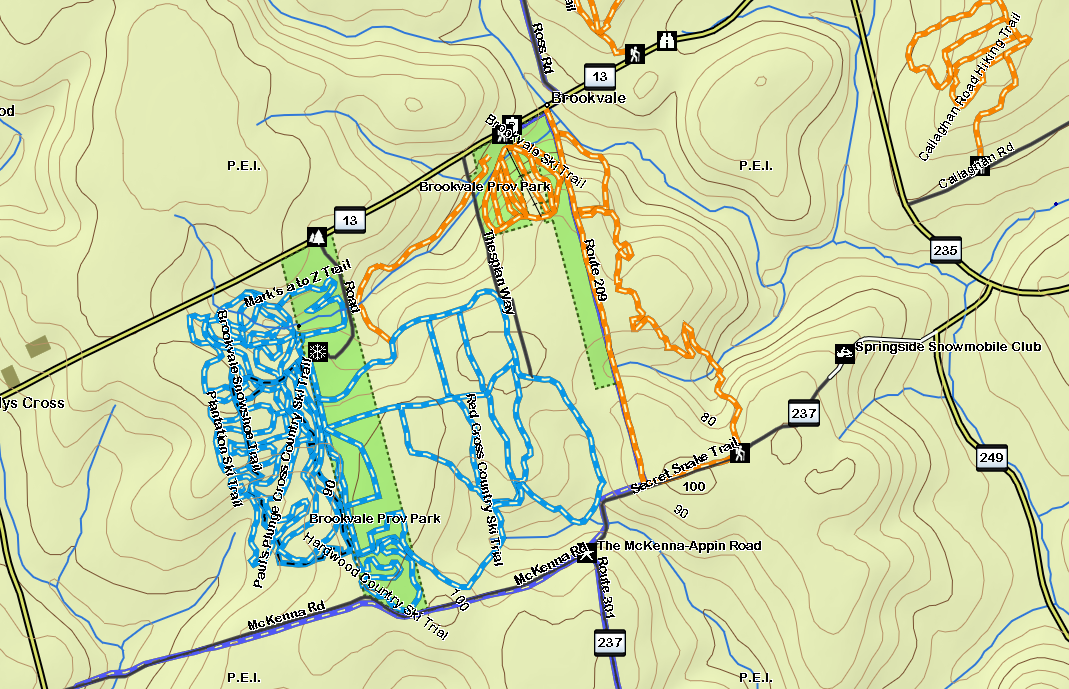 Remember, our Backroad Mapbooks and Backroad GPS Maps provide you with detailed information on many more cross-country ski areas all across the country, along with other winter activities including downhill skiing, snowmobiling, and more! We hope you have a great time on the trails – stay warm and enjoy the scenery!