From rocky coastline to dense forest, wide-open farmland and towering high country, Atlantic Canada has a lot of different terrain to explore, and one of the best ways to do so is atop an ATV or Off-Highway Vehicle. The provinces of Nova Scotia, New Brunswick, Newfoundland and Labrador and Prince Edward Island are home to a dedicated community of ATV riders who are constantly expanding and improving the already impressive ATV trail network. To give you a taste of some of the region’s most noteworthy trails, here is our Top 10 list of ATV trails across Atlantic Canada.

This multi-use linear trail stretches for 87 km (54 mi) between Lower East Pubnico and Yarmouth, with a 2.5 km break for motorized users between the Yarmouth North and South trailheads. The gravel-surfaced trail leads you through woodlands, agricultural areas, past lakes and cities and along the coast, showcasing a full gamut of beautiful Maritime scenery. There are information kiosks found along the trail, which is a must-do for any ATV riders visiting Nova Scotia. 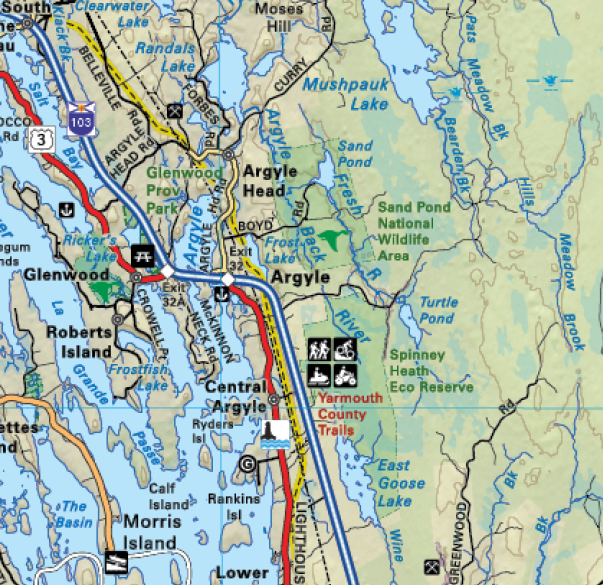 The Lake Charlotte ATV Club maintains a large network of ATV trails that are made up of a mix of logging roads and ATV-specific paths, including a popular route that runs around Lake Charlotte itself. You can also follow forest service roads north to connect with the community of Chaplin. The club hosts several rallies each year, with the winter rally being particularly popular. Check out their website at lakecharlotteatv.ca. 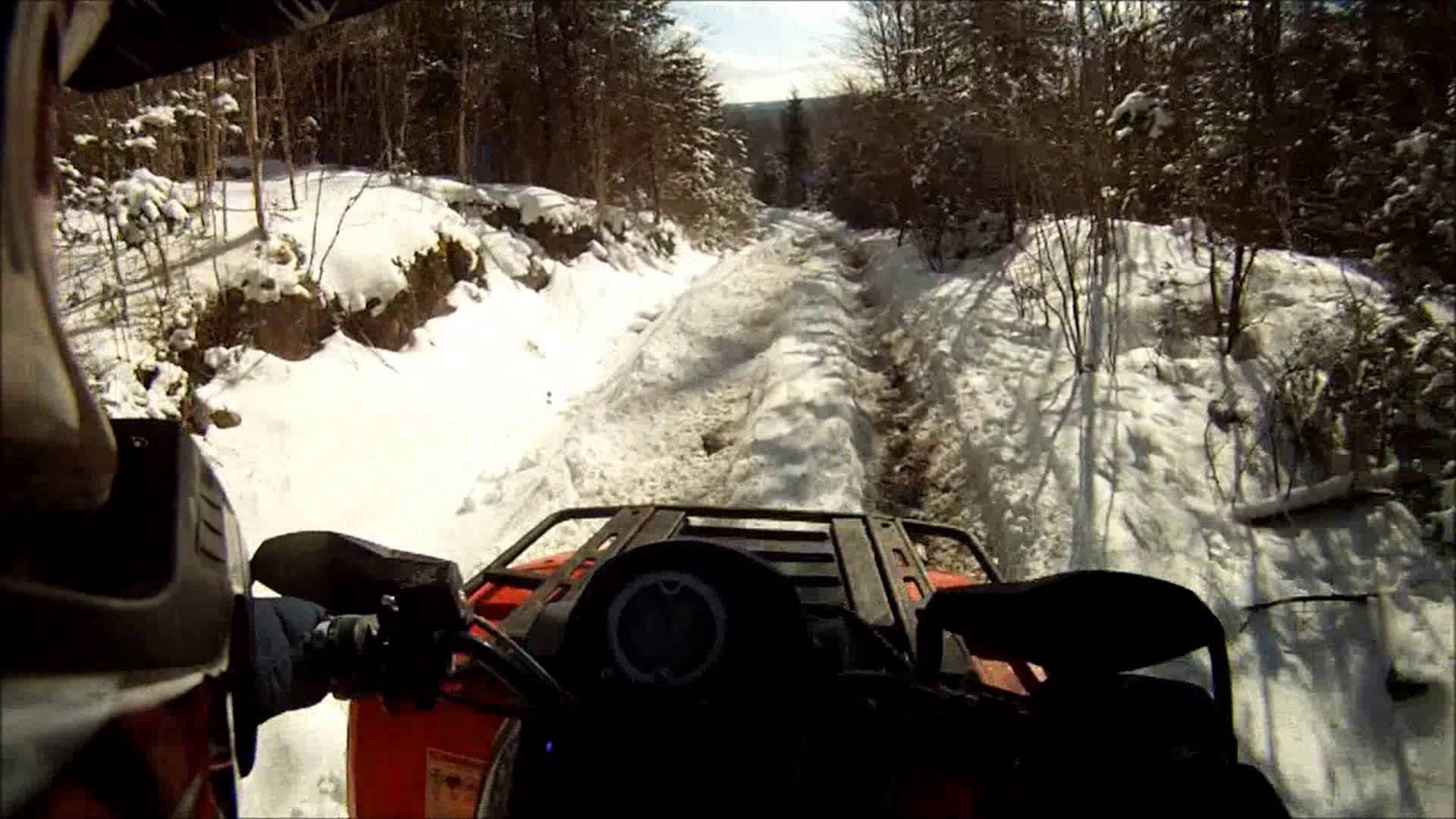 With over 390 km (240 mi) of maintained trails found around the village of Baddeck, there is a lot of ATVing terrain to explore here. Most of the trails can be accessed right from town and head north into the hills, climbing as much as 500 m (1,640 ft) in elevation and leading to some spectacular viewpoints over the charming Nova Scotia landscape. You can even ride all the way to Cheticamp and link up with the Highland ATV Club trails that run next to Cape Breton Highlands National Park. For more information check out the local ATV club’s website. 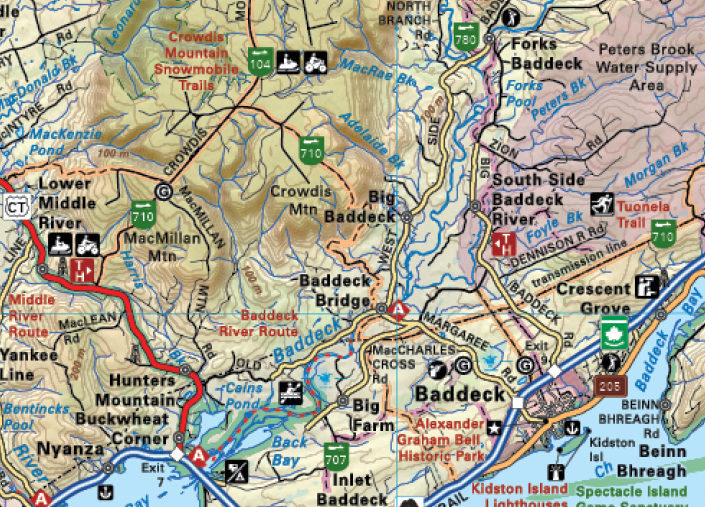 The local ATV club in Madawaska maintains over 200 km (125 mi) of designated ATV trails, bordered to the north by Quebec and by Maine to the south. Highlights along the trail system include a picnic and camping area at Lake Glazier, an ATV refuge in Clair, sweeping views from the top of Michaud Hill, a gorgeous waterfall in St. Francois and a public beach in Baker Lake. It is possible to ride to Grew Brook near the Maine border and continue northeast into Quebec, eventually returning to New Brunswick. No matter which route you choose, you are in for some of the best ATV riding in Atlantic Canada. 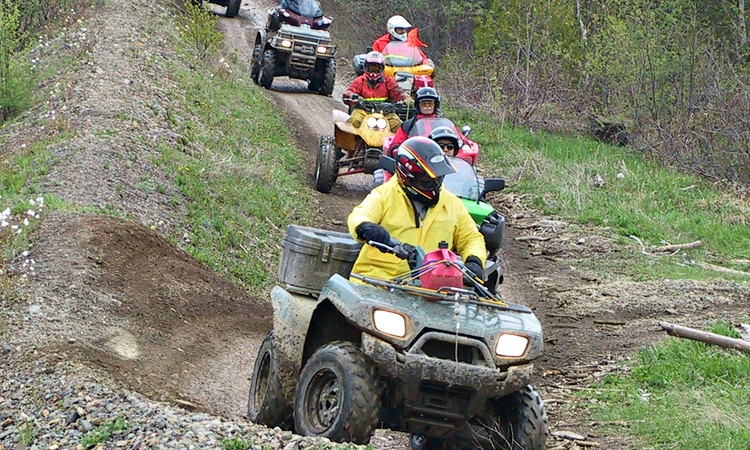 There are plenty of trails to explore from Doaktown, including west along the Southwest Miramichi River to Boisetown and east towards Blackville. One notable trail runs for 90 km (55 mi) in either direction along the Miramichi River, following an old rail line through a very scenic area, including second and third growth forest near Astle. You can also head out on a nice loop trail to the north of town – whichever direction you choose, fantastic ATVing awaits. 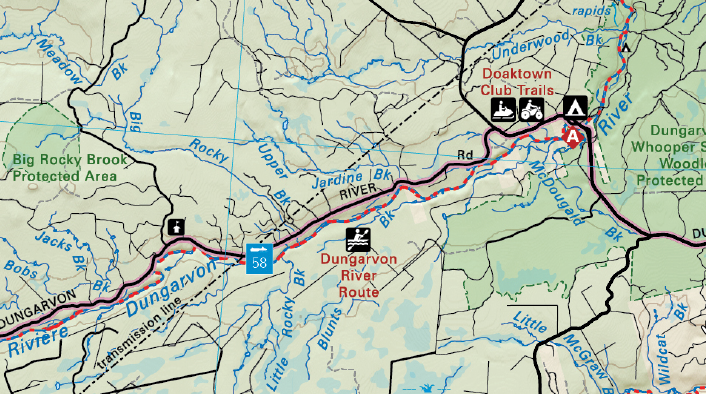 An extensive network of ATV trails can be found spreading out from the town of Kedgewick. ATVers can head northeast towards Adams Gulch and Campbellton, or head north on the east side of the Restigouche River along a series of bush trails. This is hilly terrain with plenty of gulches, offering an exciting challenge for riders. Trails also head west and southwest of town, forming a web-like pattern and connecting with logging roads and bush roads in the area, creating a wealth of ATVing options. 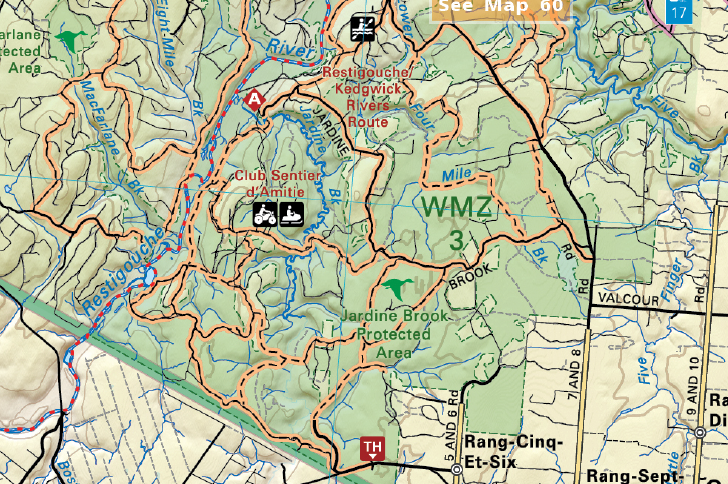 The original section of this trail runs for 24 km (15 mi) to a long, narrow rock which resembles a gun powder horn. This is a hilly, twisting ride across the high glacial barrens that is sure to dazzle ATVers with its scenery. A newer portion of the trail now extends to cover 72 km (45 mi) one-way, leading you through rocky terrain, across rivers and through marshes, with the chance to see bears, caribou, moose and eagles along the way. There is no cell coverage along this challenging wilderness trail, allowing you to fully disconnect and soak in the peaceful Newfoundland countryside. 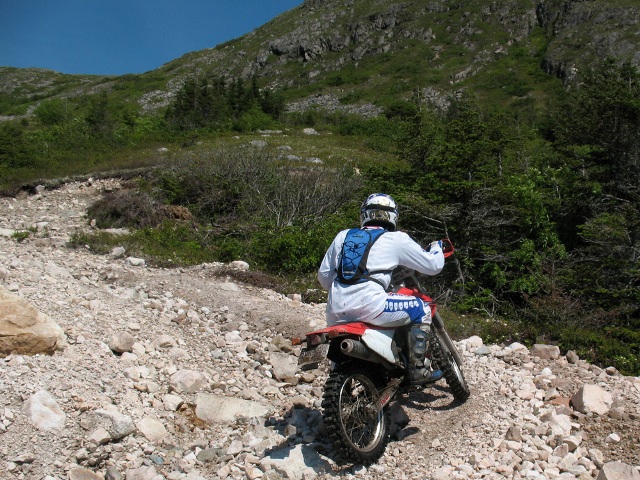 This 883 km (550 mi) former railway route starts at Port aux Basques on the Newfoundland’s west coast and runs all the way to the city of St. John’s on the east coast, leading you through a mix of urban, rural and wilderness landscapes. There are over 130 bridges to cross along the route, with the longest being a 282 metre (925 ft) trestle bridge near Bishop Falls. Fuel, accommodations and food are never too far away, and there are numerous branch lines to explore all along the trail’s length. Whether you choose to ride the whole trail or just a small section, the T’Railway offers some of Newfoundland’s finest ATVing. 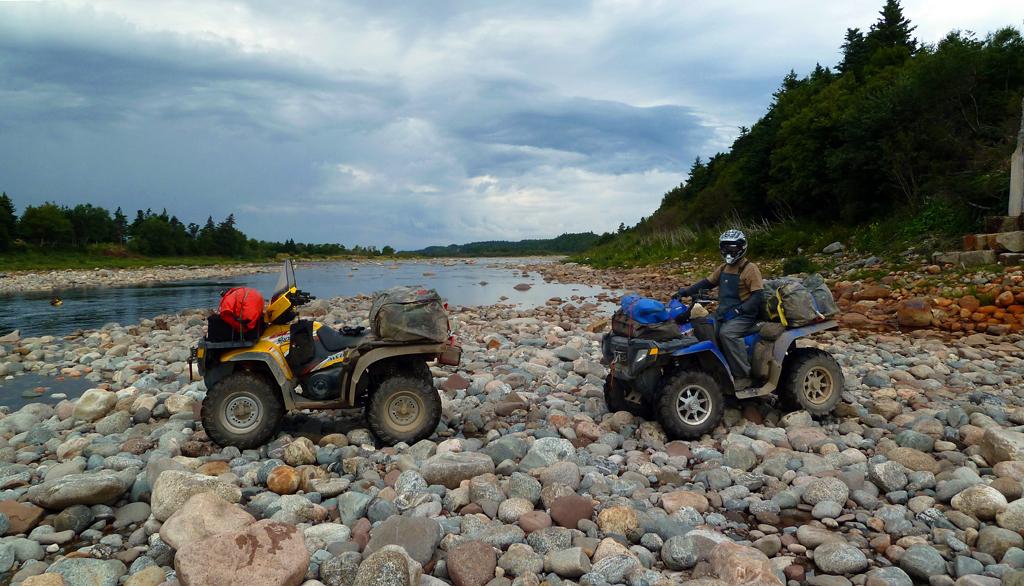 This is the second largest of the branch lines off the T’Railway, stretching for 142 km (88 mi) from the town of Clarenville all the way to Bonavista at the tip of the east coast peninsula. The route travels on both sides of the peninsula, allowing you to take in views of both Trinity Bay and Bonavista Bay. It passes through a number of small communities, including the charming Trinity Bight which is well worth stopping at. From the coastal views to the small town charm, this trail offers a uniquely Newfoundland ATV ride. 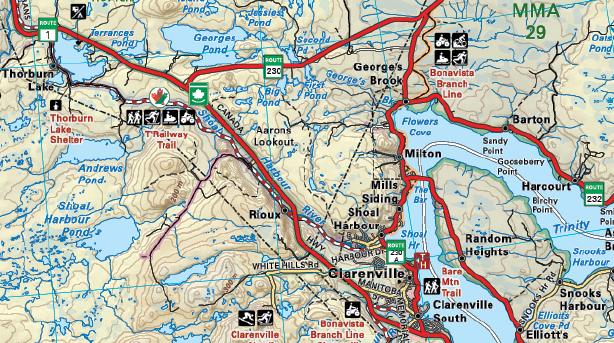 Located in Prince Edward Island’s southeast, there are numerous trails leading from the town of Murray River along the river itself, offering ATVers the chance to see blue herons, seals and fishing boats. One popular option is the Eastern Kings Fun Run, a 90 km (55 mi) route that zig-zags from north to south across the island, running almost all the way to the shores of the Northumberland Strait. 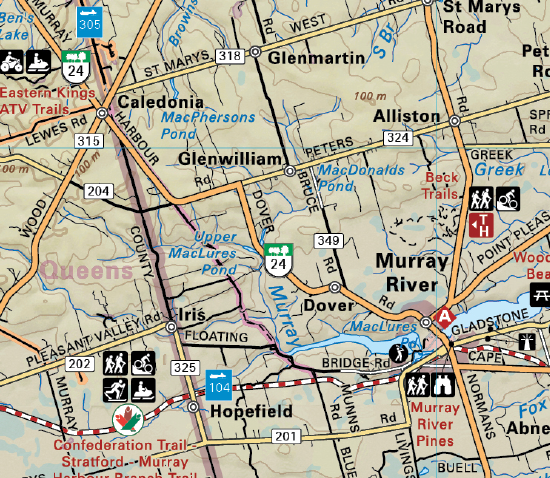