There is a reason why so many Canadians enjoy hunting – disconnecting from the stresses of everyday life and spending a few hours or days in the backcountry can be downright therapeutic, regardless of whether you bag a game animal or not. But if you do, you can enjoy the freshest free-range meat available anywhere. Hunting is truly a Canadian tradition, and the eastern provinces offer some of the best opportunities in the country. From big ungulates such as moose and caribou to smaller game birds like pheasant and woodcock, there is a hunt to accommodate every taste in the Maritimes. To give you a sampling of what makes Atlantic Canada such a special place to hunt, here are our six favourite picks for hunting in the region.

The bogs and barrens of Newfoundland may be uninviting terrain for most, but for the caribou that have roamed this country for generations, this is home. These beasts move swiftly and surely along well-worn game trails, carrying their up to 225 kg (500 lb) weight through the backcountry with ease. And although caribou populations have decreased on the island in recent years, there are still an estimated 32,000 of these animals roaming the wild.

While getting a tag can be difficult, the lucky few who receive a permit can enjoy the best woodland caribou hunting in the world. In fact, the success rate for non-residents in recent years has peaked above 90%, thanks in part to the island’s numerous professional outfitters. For an out-of-province hunter, hiring a local outfitter is an integral part of bagging a caribou. But so is patience, as these animals are always on the move and you are likely to spend long periods of time tracking them through the bush. Of course, this is the joy of woodland caribou hunting in Newfoundland – hours spent surrounded by the spectacular wilderness, away from it all. 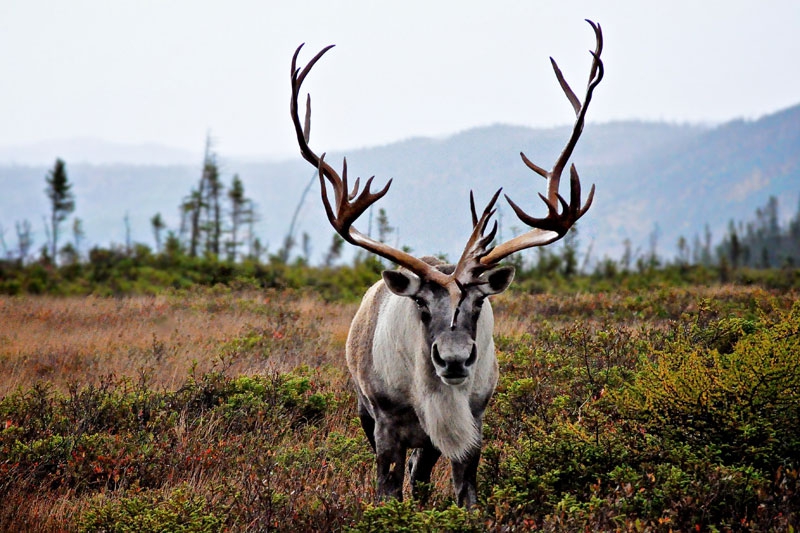 While moose are not native to Newfoundland, having been introduced to the island in 1904, their population exploded throughout the 20th century, with an estimated 120,000+ of these ungulates currently residing in the province. The animals’ healthy population is reflected with a generous quota issued by the government – close to 30,000 tags in total for the current hunting season.

But while there are a lot of moose in Newfoundland, bagging one of these animals is not a gimme. You will need to brave the cold and wet Maritime autumn in search of the right opportunity, and competent marksmanship is a must. As with the caribou hunt, non-resident hunters will want to hire a local guide, but the expert knowledge that these professionals provide is well worth the price. Just seeing that bull moose plodding through the forest within shooting range is a thrill in itself. 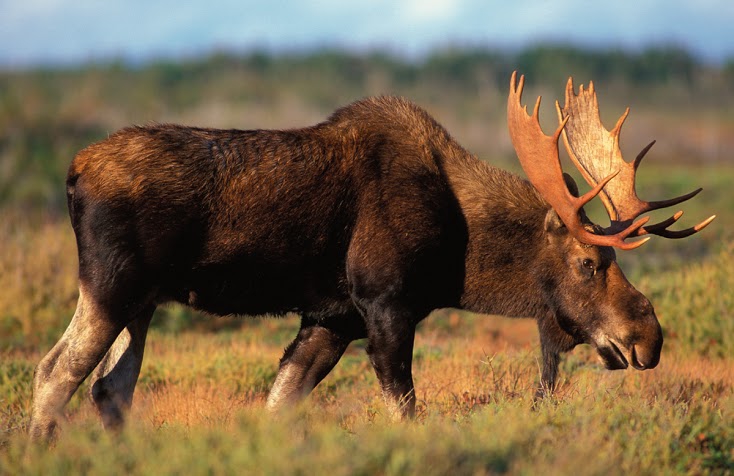 With so much Crown land found throughout Nova Scotia, finding great deer hunting territory just takes a little exploring. Hunters willing to put some time and research into scouting a good location can expect a rewarding outing, whether they get themselves a buck or not. Immersing yourself in the beautiful Nova Scotia countryside is what makes the Nova Scotia deer hunting experience so special, especially when you get to share it with family and friends. Actually pulling the trigger is just a small part of the process. 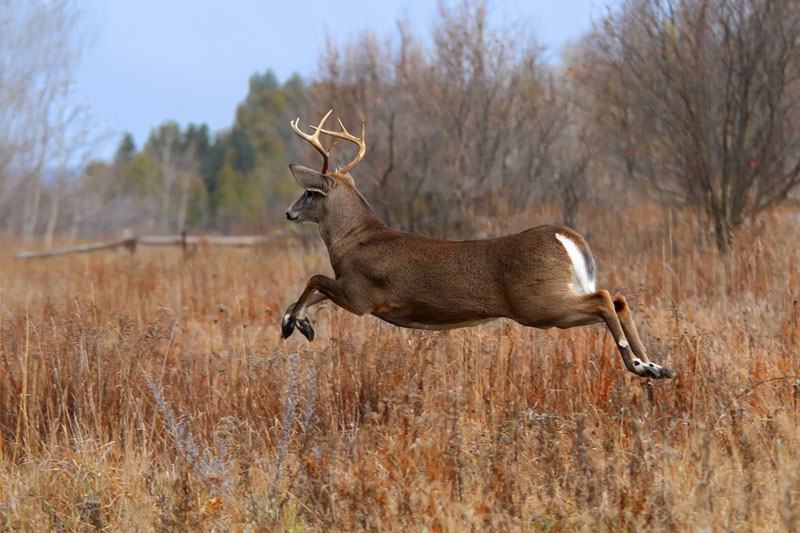 That being said, Nova Scotia is home to a healthy population of whitetails. While harvest numbers have fallen significantly since the heyday of the 1980s, the province has consistently produced deer harvests around the 10,000 range for the last decade. You won’t necessarily spot a deer around every corner, but with a bit of patience and a bit of skill, a trophy buck can be yours. A good place to start is to scout Google earth and refer to our Nova Scotia Backroad Mapbook, which shows you all the Crown land boundaries and hidden backroads that are left off of other maps. 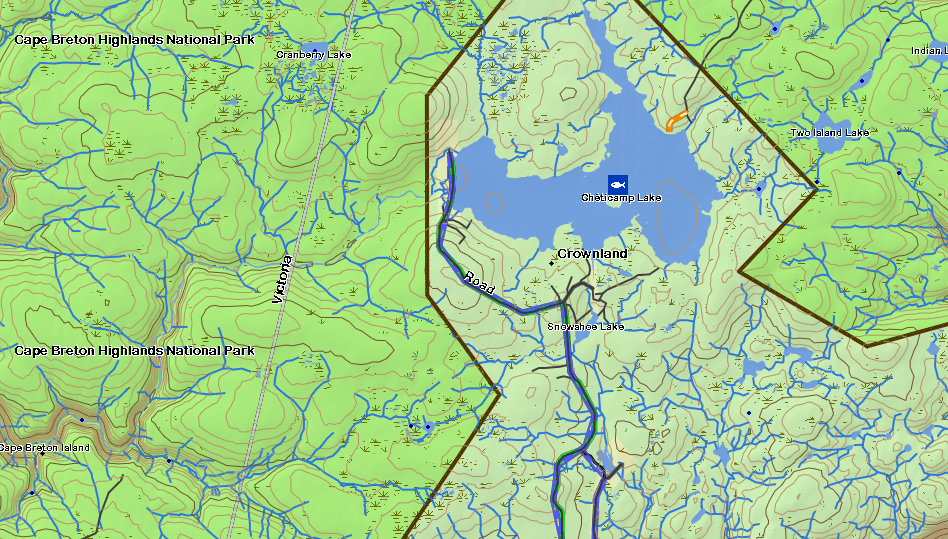 The ring-necked pheasant has a curious history in Nova Scotia, with the first attempted introduction of the species dating back to 1856. However, these efforts were not successful until 1935, when Fish and Game Association used local farmers’ hens to hatch about 85 pheasants. From this initial stock, the population grew to support a harvest of 4,500 cocks in the 1950s, with numbers remaining stable into the present.

Currently, pheasant hunters in Nova Scotia have a limit two roosters per day. Generally, the open season begins after the autumn harvest, so many farmers are open to granting permission for hunting on their land. And while it is possible to walk up on one of these cagey birds, utilizing the skills of a good bird dog is an invaluable asset. And if you have a good day out in the field and get your limit early, there are normally plenty of ruffed grouse around. 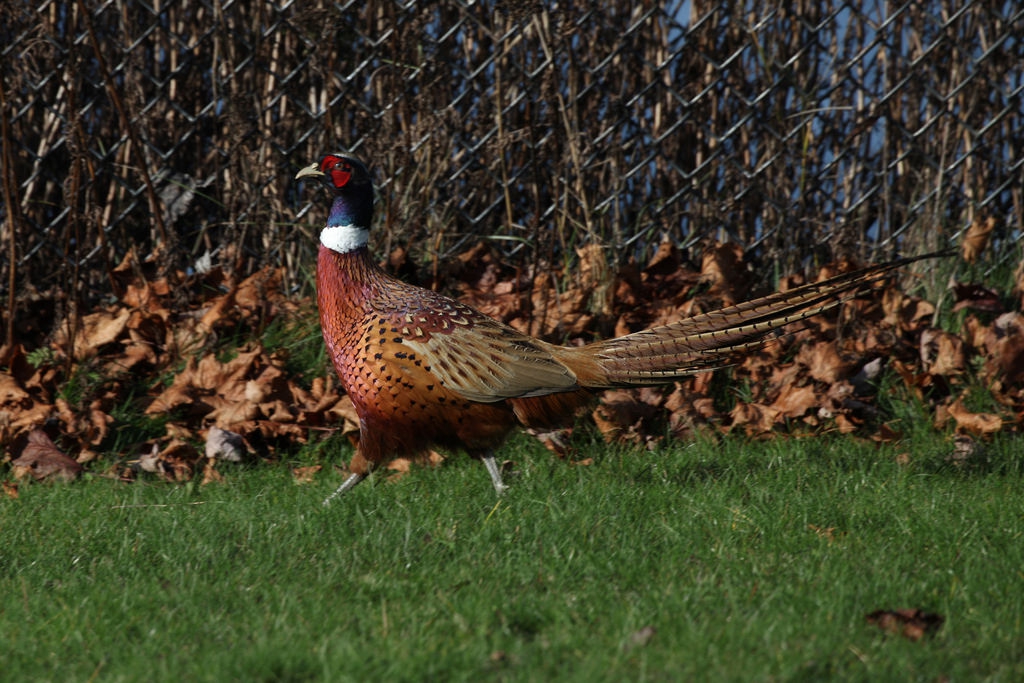 With a generous limit of eight birds per day and the largest concentration of woodcock on the continent, game bird hunters are in for a treat in New Brunswick. From the lowlands and river valleys to forests and farmer’s fields, the province is full of prime woodcock habitat. As with pheasant hunting, a good hunting dog will give you a big advantage while out in the field. 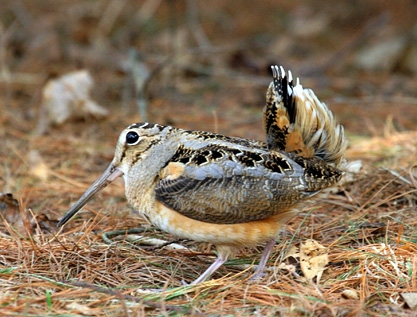 New Brunswick is home to both migratory and resident woodcock, so the hunting experience varies within the open season. Searching through our New Brunswick Backroad Mapbook for an old logging road to drive along will often lead you right into some excellent woodcock hunting territory, since these roads become flanked with alder bushes as they fall into neglect. These alders are a favourite hiding place for woodcock, and you can often find the birds right on the side of the road. 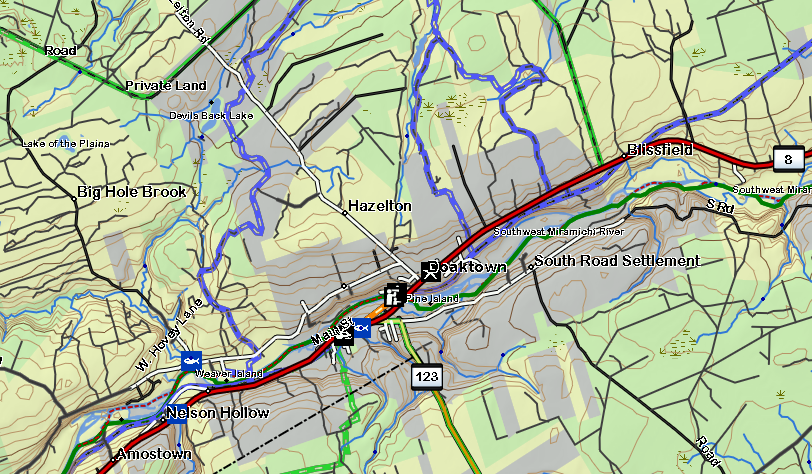 Each September, around 75,000 Canada Geese cross the Gulf of St Lawrence and make a stop in Prince Edward Island on their way to their wintering grounds. The birds stage in the sheltered bays on the island’s north coast and make trips inland to feed, taking advantage of PEI’s famous potato harvest. The rich farmlands of the island are irresistible to these geese, who work up quite an appetite on their lengthy journey south.

For hunters, this creates some of the best waterfowl opportunities in Canada. A liberal daily bag limit of five geese reflects the abundance of these birds and places like the Cavendish region are legendary for their high yield of waterfowl. While a sudden change in wind or the unpredictable whims of a lead bird can leave you empty handed, the chances of bagging your limit are high, especially if you employ the services of a local outfitter. 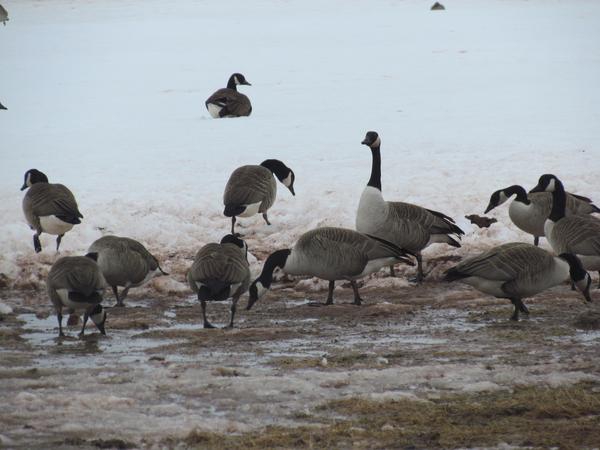 No matter which option you choose, you are in for an unforgettable experience while hunting in Atlantic Canada. From all of us here at Backroad Mapbooks, best of luck in the 2018/19 season!

Did you know that we are currently holding a Hunting Adventures contest to celebrate 25 years of guiding you through the Canadian backcountry? Click below to enter to win one of three Yeti x BRMB prize packs, with a combined value of over $3,000! 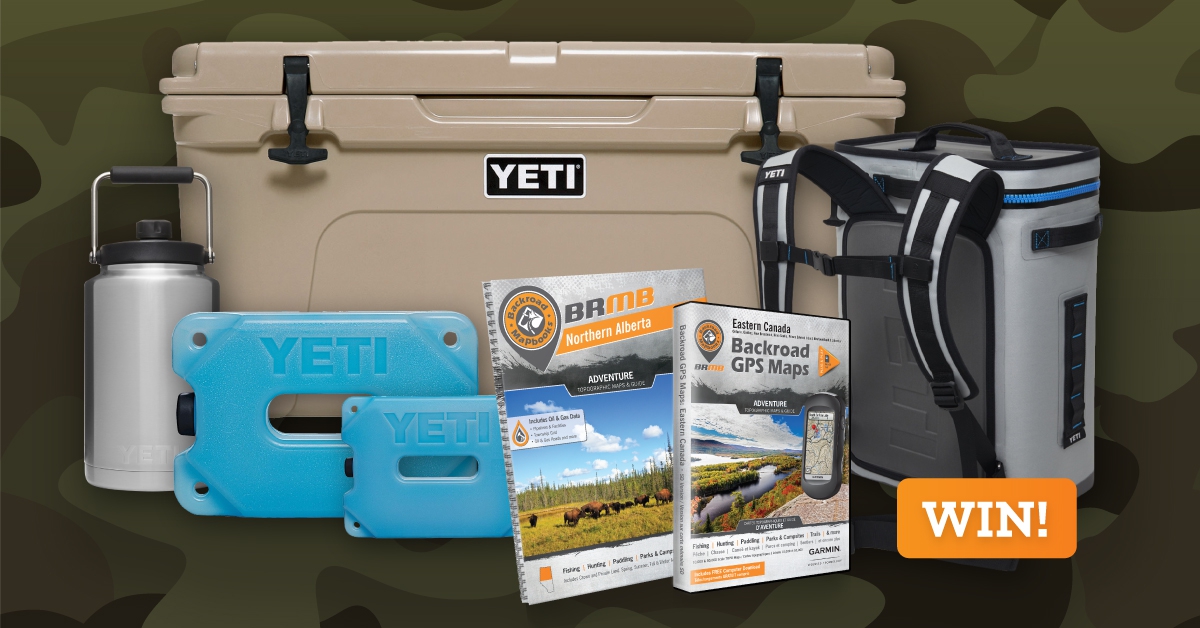